Eden's only women's rugby team, the Upper Eden Eagles, officially launched with a special pre-season fitness Boot Camp a few weeks ago. The Kirkby Stephen side, who were established in July 2018 and are coached by Dave Pearson, initially joined forces with the Windermere Warriors and played a hugely successful first season in the North West Merit League, winning the league title with a 28-24 victory at Colne & Nelson. The Merit League is a competition for amateur level teams, designed to develop and generate players for its parent leagues. This season, the Eagles will be flying solo, as they enter the Merit League as an independent team, sporting their clubs familiar black and white stripes.

The Boot Camp led by Fitness Instructor and Personal Trainer Wiz Lees, kicked off the teams pre-season training programme and provided an opportunity for players to get together for some team-building after the spring break. The session took place on Shap playing field and involved military-style exercises adapted to test and improve the speed, power and skills required in rugby. As well as bringing together existing players, the event also attracted a number of new faces who were given the chance to meet the team and have some fun away from the rugby club, and it is hoped that all of those new recruits will soon be joining the Eagles on the pitch. 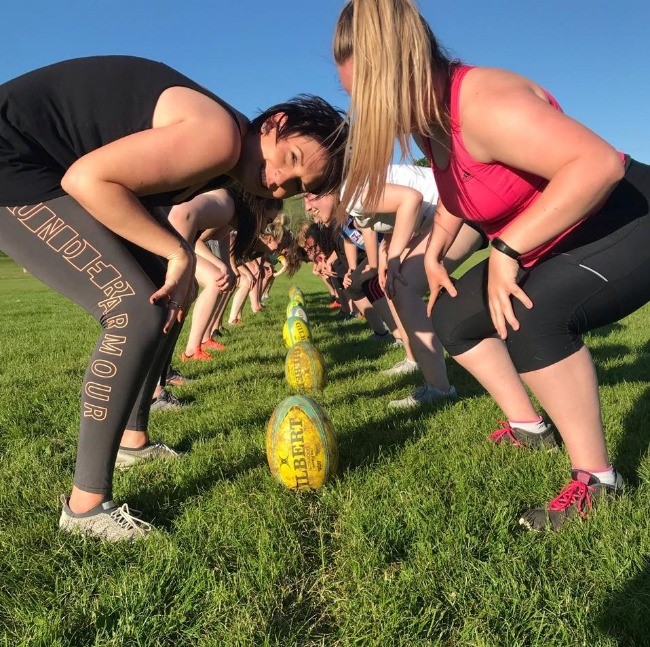 Following the event, Wiz Lees said: "It’s been great to have such a friendly group of strong women encouraging each other and having fun. Sweat and laughter are the best combination for any workout! I meet a lot of men and women who struggle with the confidence to workout in a group but these women show just how supportive group exercise is; you may arrive feeling a bit nervous but you’ll leave feeling part of a team. Exercise is obviously good for your body and most people start working out for the aesthetics but you notice over time people continue to workout for their mind. Exercise is a great stress reliever, confidence builder and the happy endorphins really are amazing for your mental health."

Cumbrian Girls Can have also featured the Eagles in a week of Facebook blog posts about starting women's rugby in the region, as part of their community-led initiative to support, encourage and inspire women to become active, bringing the 'This Girl Can' attitude to Cumbria. One of the players profiled was Bella Sunter, aged 19. When asked to state the best thing about playing rugby, Eagles' Winger Bella said: “I've met loads of lovely girls, and gained many friends for life. Everyone is so supportive of each other. Since starting, I feel fitter and motivated. The girls push you to do your best! It’s the best thing I ever did.”

Women's rugby has been soaring in popularity throughout Cumbria and the Eagles plan to host a number of fitness and recruitment events throughout the season to attract more new players to the team. Vice Captain, Joanna Wilkinson, who plays on the Second Row said: “Everybody is welcome no matter shape, size or ability. Don’t be worried if you don’t know the rules we will teach you. Come join us and find your inner warrior, improve your self confidence, make friends and have fun.” 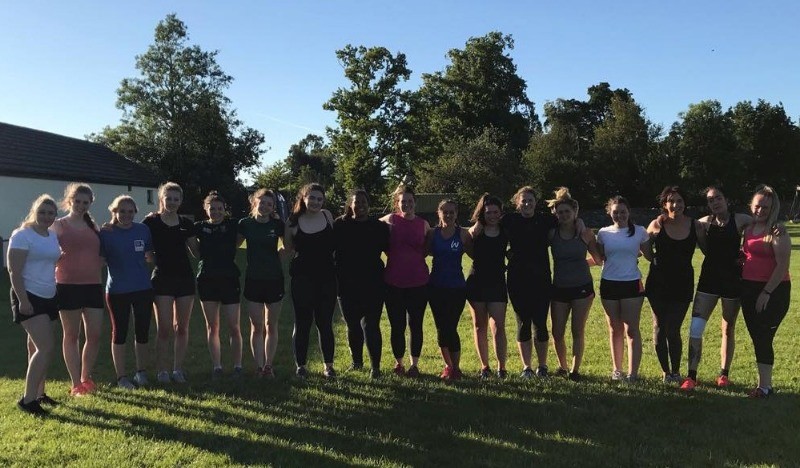 Team Captain Bianca Cousin said: "As Captain I couldn’t be more proud to enter into a new season with such a wonderful, hardworking and dedicated squad. We've had lots of enquiries and interest in starting rugby, whether that be with the view to playing competitively or simply as another form of exercise. Becoming a member of Upper Eden Eagles provides the opportunity to become part of a rugby family, connecting with others, being active and the chance to learn and further develop new skills. Give it a try!”

Women's training sessions take place on Wednesday evenings between 7.00pm and 8.30pm at Upper Eden Rugby Club and you don't need any experience to attend.